Book to Art Club | War of the Worlds

Join the Library for our second Book to Art Club meeting of the semester, Wednesday, November 14, 7-9pm on the 1st Floor.

Started by the Library-As-Incubator Project, the Book to Art Club is a book + art-making club that exists virtually and in-person at libraries around the world. Our selection for this year is HG Wells' War of the Worlds, a story told time and again through various media--films, comics, radio. Come for some general discussion (of both the book and other incarnations) and make some art. At the end of the year, we will turn our collective endeavors into a book art/zine project in time for the Manifest Celebration. 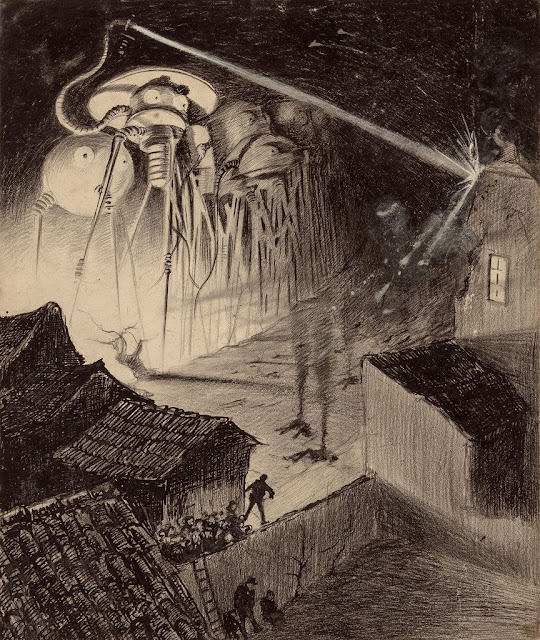 
For a sampling of the amazing illustrations that have accompanied the text over the years, check out the resources below:

Terrifying 1906 Illustrations for HG Wells' THE WAR OF THE WORLDS
http://flavorwire.com/516131/terrifying-1906-illustrations-of-h-g-wells-the-war-of-the-worlds

The Very First illustrations of HG Wells' WAR OF THE WORLDS
http://www.openculture.com/2016/09/the-very-first-illustrations-of-h-g-wells-the-war-of-the-worlds-1897.html