out and about: KRAMPUSLAUF 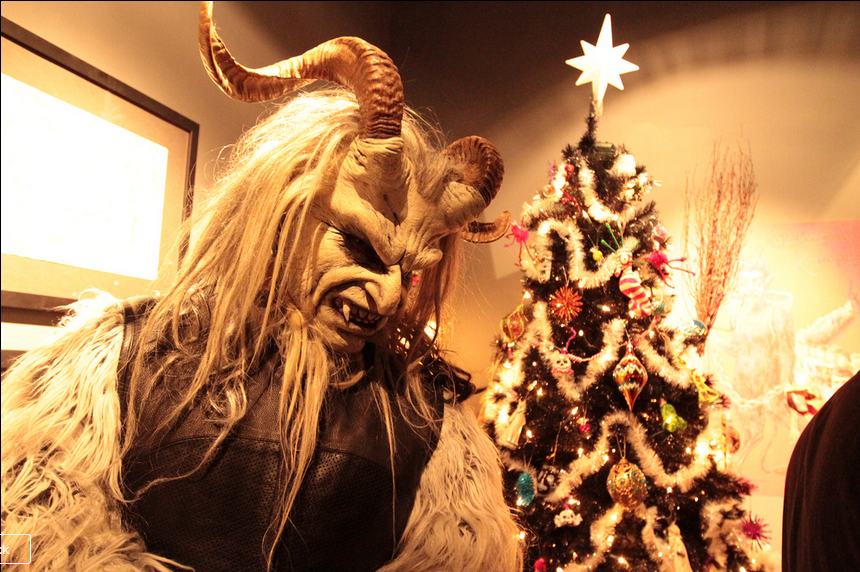 ELGIN, IL – Side Street Studio Arts (SSSA), 15 Ziegler Ct. in the heart of downtown Elgin, will be host to a month-long series of events in conjunction with their December exhibition entitled Krampuslauf - Elgin, IL.  The exhibition, guest curated by John LaFleur and David Metzger in collaboration with SSSA Director Tanner Melvin and supported in part by the Elgin Cultural Arts Commission, is a temporary art installation featuring a variety of arts media about the age old tradition of Krampus lore in Northern Europe, and features 20 artists from the Elgin area and around the United States.

European Krampus lore states that the Krampus, holding switches, accompanies St. Nicholas on his gift-giving rounds to intimidate the naughtier kids. In the United States, Krampus has become the most well known Central European character playing this role of disciplinarian. Originally appearing under that name in Austria and Southern Germany, his distinctive devilish appearance is often confused with Northern Germany’s hooded Knecht Ruprecht or Holland’s “Moorish” Zwarte Piet (“Black Peter”).  With this exhibit, SSSA is looking to start a new artistic holiday tradition in Elgin.  Similar annual festivities around the world often feature outlandish homemade costumes, parades through the streets, visual art, and music and theatrical performances.

Side Street Studio Arts was founded in 2013 by Tanner Melvin and Erin Rehberg as an outlet for the artists of Elgin. Currently under the direction of Amanda Harris, Melvin, and Rehberg, Side Street's mission is to provide an accessible space, run by artists, encouraging all aspects of the artistic process from creation to curation.  For more information on Krampuslauf – Elgin, IL or any of SSSA’s programs, visit www.SideStreetStudioArts.org, call 847-429-2276 or email SideStreetStudioArts@gmail.com.